So You Failed Compliance Testing-Now What? 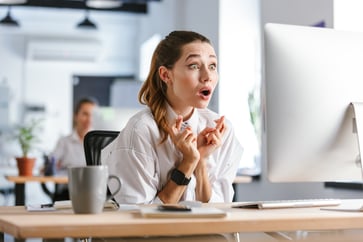 Every year, companies and organizations are required to complete their plan's annual compliance testing. These tests are performed to ensure all employees of the organization are receiving the appropriate benefits, and that employers are adhering to ERISA and IRS rules and regulations governing retirement plans.

While many organizations go through the proper protocols and steps to a “T,” they still can run into issues that may keep them from passing all the required compliance tests. However, it’s important to keep in mind that failing shouldn’t always be seen as a negative. Typically, it means you have a minor setback that has delayed your eventual passed test, or you simply maximized your plan’s benefit offering. If you find your company has failed any of the required compliance tests, what steps can you take to amend the results?

You’ve probably collected all of your organization's data year census, which you have hopefully provided to your plan vendor, or Third-Party Administrator, by mid-January. After receiving this information, they run numerous calculations to perform required tests, which include the ADP/ACP Non-Discrimination tests, Top-Heavy tests, 402G and 415 Limits, plan matching tests, and a collection of other Internal Revenue code reviews. While each individual test varies, collectively they work towards the same thing, ensuring that your organization is meeting its prescribed standards, as defined in your Adoption Agreement, and in conjunction with ERISA law.

What Causes a Failure?

Everyone would like to pass through annual compliance, Form 5500 filing, and your audit while in the express lane, sometimes this doesn’t happen on the first go-round. It might not be a big deal, really. There are many ways to fix these challenges. One of the easiest and simplest ways is to distribute excess contributions or make additional employer contributions appropriately, but oftentimes, that’s not even necessary.

For instance, during an ADP Test, you might have “failed” because the highly compensated employees (HCEs) were, on average, contributing over 2% or more than the non-highly compensated employees (NHCEs). However, there are numerous alternatives you can explore to either re-categorize employees' contributions in order to correct the test. For example, if you have HCEs that are over the age of 50 and eligible for the catch-up provision, their catch-up contributions may be lumped into their total deferral for the year, inflating the average HCE deferral rates. If you are able to reclassify a portion of their money as “catch-up”, you may be able to bring down the average HCE deferral rate so it falls within the passable range. This is obvious when HCE’s are maxing out, but you can also re-classify contributions into the “catch-up” bucket for HCEs who didn’t max out their standard deferral, by using a “stated internal limit” strategy.

Another top reason we find that organizations have failed testing is from incorrect census data. Census data that fully wasn’t reviewed and cleaned for inaccuracies. One way to resolve this is to first perform a forensic review on your census data, before submitting it for testing.

If the test reveals incorrect or erroneous data, it could be the information was misdefined, according to your organization’s Adoption Agreement. For example, if the plan defines compensation as W-2 wages, but only accounts for cash compensation in the annual testing, and excludes other applicable W-2 wages such as fringe benefits, then the compliance test will be incorrect - since it is not covering the full scope of compensation. Conversely, if your plan excludes certain types of compensation, such as bonuses, and the test does not pull the excluded compensation out of the testing formula, it could give the false appearance that you are under-contributing/under-matching your employees.

To fix these errors, you should review the plan’s provisions, and ensure the testing is abiding by the definitions outlined in the Adoption Agreement. It is easy to see how minor errors can cause unnecessary headaches for administration at testing time.

How Can You Pass?

One way to improve your tests experience is to perform a preliminary test, also known as a mid-year test. Granted, this test is run well in advance of the actual test, but it will highlight any discrepancies or potential failure challenges that may show up on the compliance tests after the end of the plan.

A failure doesn't really mean you failed anything. Usually, something was inaccurate, whether from your records or your administrator’s testing. To help avoid this, get into the habit of conducting mid-year tests to catch issues early on. We’d also suggest scheduling a strategic planning session to set goals and prioritize what information you’re missing and what still needs to be done.

We recommend you take these steps before facilitating corrections (giving out refunds). This should be the last option when all other corrective methods have been exhausted. If you end up having to provide refunds, do your best to process them out within 2.5 months of the end of the Plan year (March 15 for calendar year plans) to avoid an excise tax.